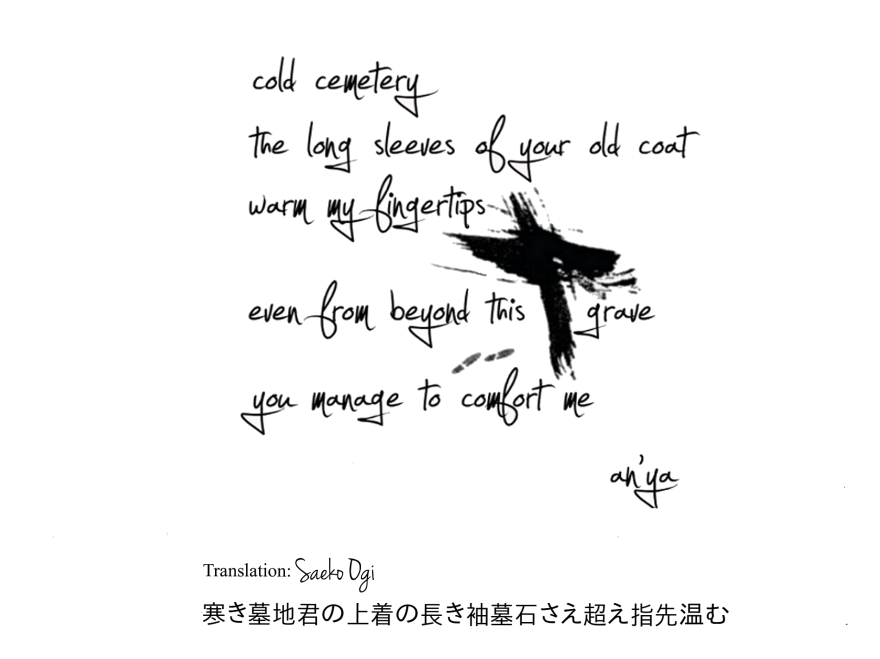 Bio: an’ya is the haigo (haiku nom de plume) of Andja Petrovic. an’ya loosely translates to “a peaceful light in the moonless night.”

an’ya is cattails Principal editor for the United Haiku and Tanka Society (UHTS), and was voted one of the top ten haiku poets in the world by her peers in 2011.

She has won world-class awards and honors for her haiku and other verse forms from Japan, Canada, New Zealand, Australia, Germany, India, the UK, Brazil, and the Balkans.

Her work has been published in numerous international publications and anthologies. She and has been editor-in-chief of haigaonline, Moonset, the Tanka Society of America newsletter and the Haiku Society of America (HSA) 2011 anthology and is a winner of the HSA Merit Book Award. She is a founder and President of the Oregon Haiku and Tanka Society.